I just watched “The Oxbow Incident,” a cowboy movie about an angry mob that hunts down three innocent men and hangs them before there’s a chance for a fair trial. In one scene the posse agreed to “vote” and anyone who wanted to wait for a trial before hanging these men could step away from the crowd.  Out of fifty people, only seven men stood apart to defy the group. Others in the crowd looked a little ashamed but they didn’t have the courage to walk away. And so the men, who turned out to be innocent, were hanged. 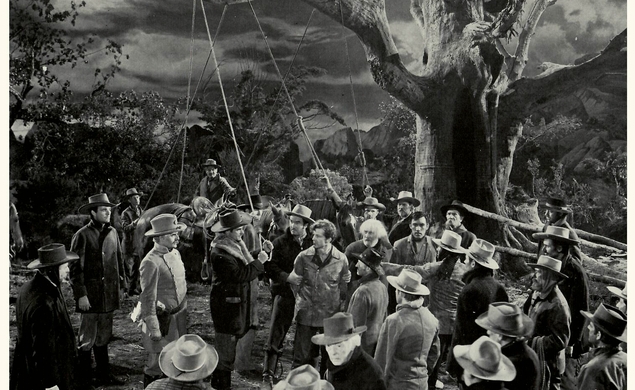 By the way, the man they thought had been killed wasn’t dead after all. He’d just been out of town.  He walked into the saloon to greet the astonished crowd at the end of the movie. They had killed those men based on a rumor.

I’ve been observing crowds all my life, usually in churches. I’ve seen crowds get sad, anxious, giddy, angry, reactive, and just plain stupid. People who were generally thoughtful as individuals could lose their ability to think for themselves when influenced by a crowd.

Preachers, performers, and politicians know how to influence crowds, using different skills, such as humor, anger, a loud voice, etc. A skillful leader can tap into the angst or general excitement in order to stampede the crowd into doing what he wants.

I have some of those skills and I tried to be careful that I didn’t manipulate my churches with them.  I had other colleagues who were careful, too.  But I also saw preachers who used those skills unscrupulously.  Some liked to machinegun Bible verses at people, not giving them a chance to breathe. Some screeched, cried, sang, and even babbled. And they could get many people to respond at the end of the service by having them come to the altar call, or perhaps write a bigger check for the collection plate.

I see people getting lost in other crowds, too, such as at sports gatherings, where they are reactive rather than thoughtful.  A  athlete’s exciting performance,  or how well a play is executed, or a ref’s call… can make the crowd’s mood change instantly.  It scares me when they roar inarticulately in protest or approval. I wonder if anyone is thinking at that point, and I usually leave if I can.

And then there’s politics.  I’m not over the last presidential election and in two years we’ll have another.  I don’t like the guy that got elected.  He uses bravado, ridicule,  and taps into people’s fear and anger to move them. But while I may not like him, I’m even more disturbed by others  who try to stampede the masses both for and against him.

It’s probably too much to ask for, but I wish both sides would calm the heck down, talk reasonably, and make deliberate decisions.

But maybe before we got out into the crowds, just you and I could agree to stay in control of our minds and be responsible for our thoughts and feelings. If someone comes out screaming that the sky is falling and everyone else goes crazy, you and I could look at each other and quietly remind each other that we choose not to play. We’ll think our own thoughts, make our own decisions and do our best to tune out the craziness.  Then as reasonable humans, we can discuss our differences and work out a plan of action.

Most people will be slaves to the crowd. But you and I… we could stand apart, couldn’t we?

After thirty-five years as I minister, I walked away from that life to begin again. As I continue my life journey, I help others find their way, too. Want to walk together for a while? View all posts by David Mercer

8 thoughts on “Standing Apart from the Crowd”